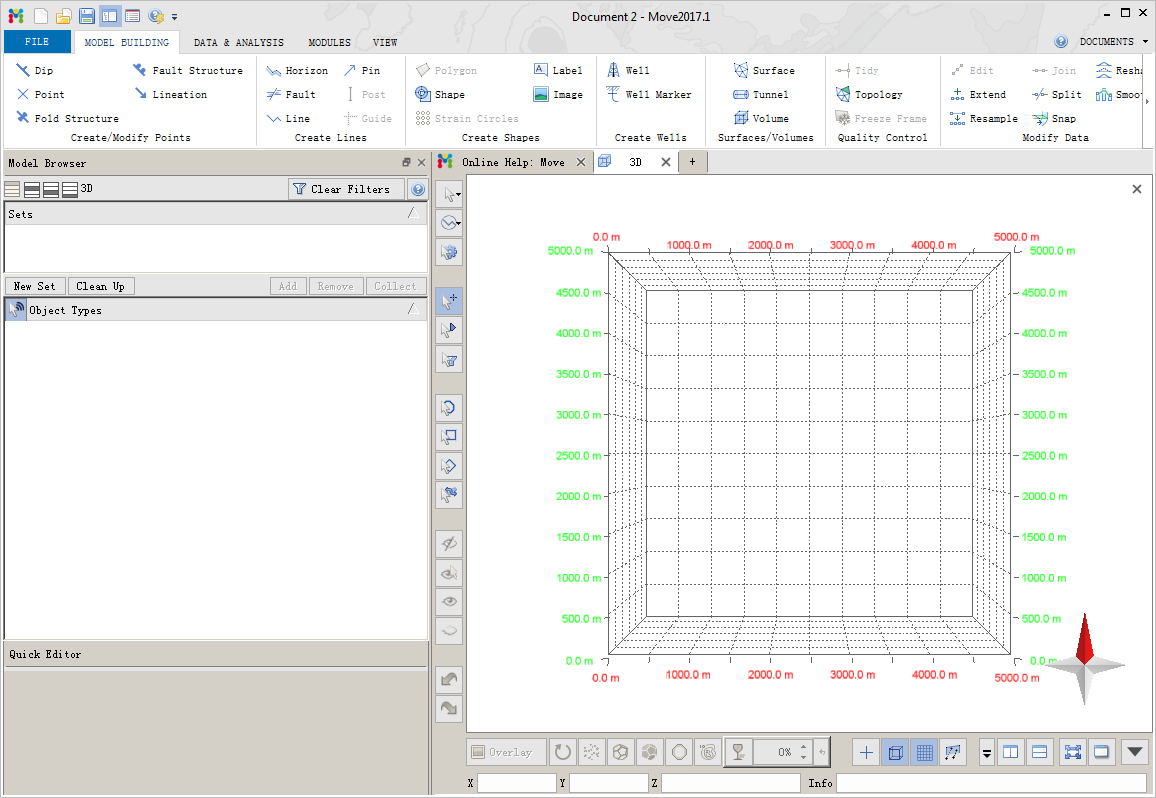 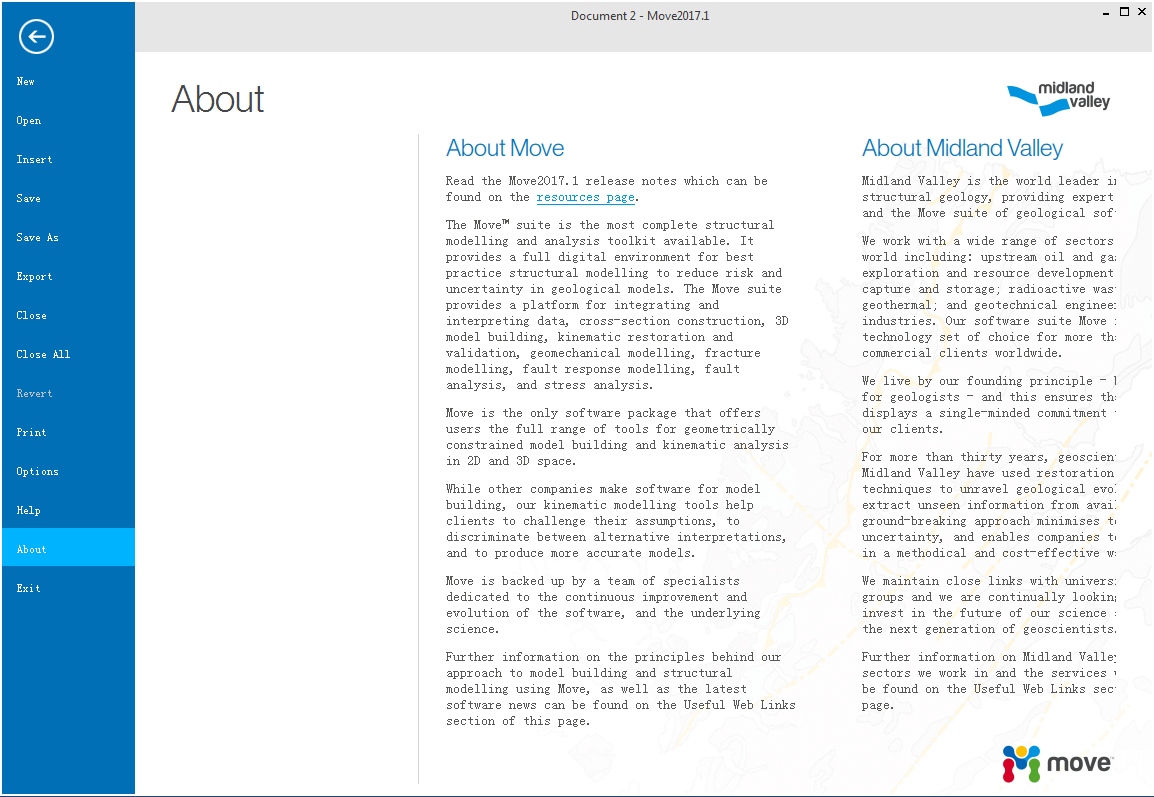 Move2017 sees the launch of a new, sleek, ribbon-style interface, which builds upon the existing tab-style
controls. The introduction of the File tab streamlines the access to some of the most commonly used Move
functionality that was previously found in the menus at the top of the main window. Improvements that the
File tab has brought to Move includes a clearly laid out Recent and Pinned files interface (Figure 2). In this
release, view creation and multi-view handling has been redesigned to incorporate a simpler, yet more
powerful set of controls and options to create and split views, thus making the workspace more flexible and
easier to use.